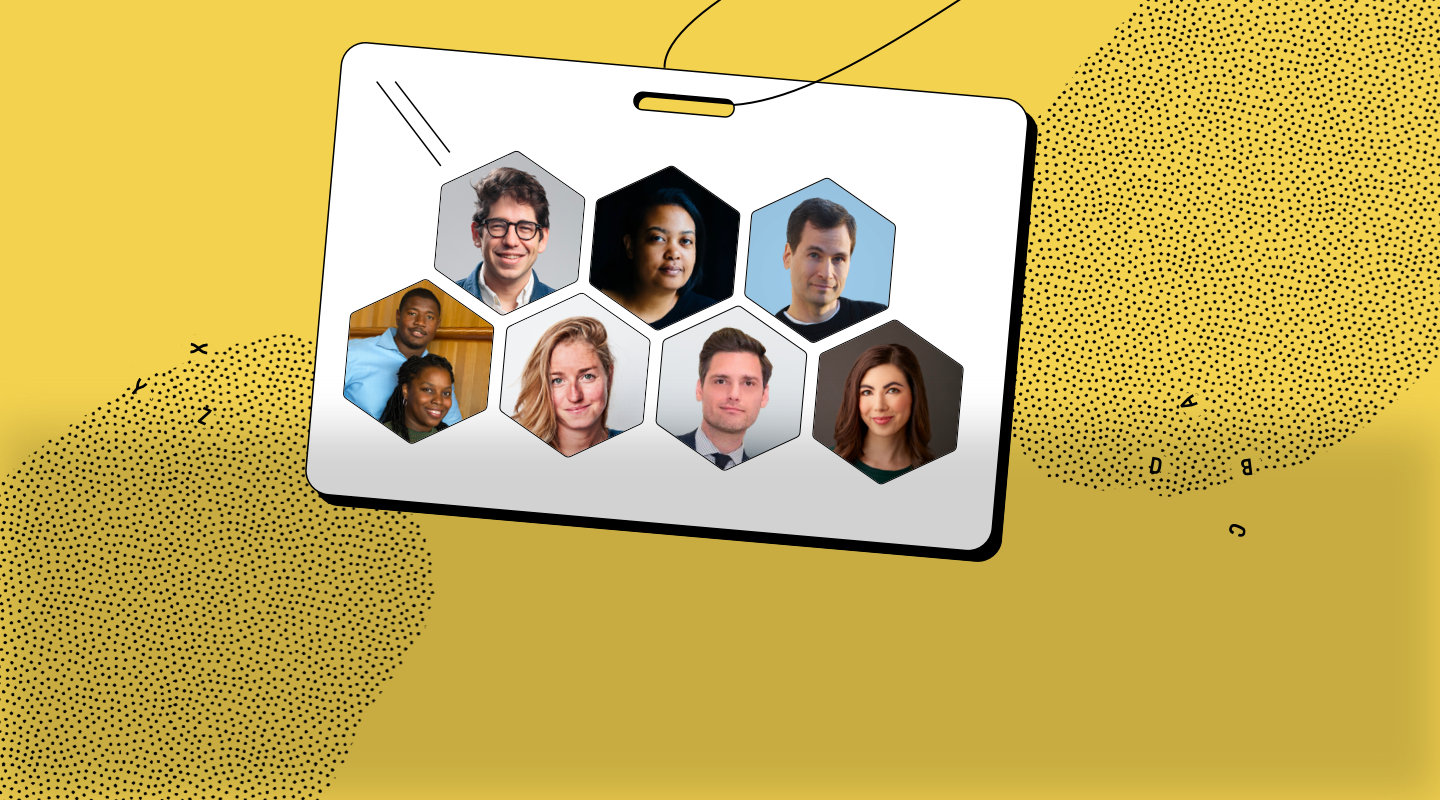 Announcing The Company Spelling Bee, LIVE on May 28th

For the first time since 1945, the beloved Scripps National Spelling Bee has been cancelled…or has it? In honor of one of our favorite competitions, Company will be hosting a spelling bee on Zoom for charity with a cast of contestants that you know and love from various industries and backgrounds.

Join us on Thursday, May 28th from 5-7pm EDT for the Company Spelling Bee!

Cost: $10. All proceeds will be donated to the winner’s vetted charity of choice relating to COVID-19.

Yancey Strickler is a writer, entrepreneur, and Co-Founder and former CEO of Kickstarter. He is the author of “This Could Be Our Future: A Manifesto for a More Generous World” (Viking), and the creator of Bentoism. Yancey Strickler has been recognized as a Young Global Leader by the World Economic Forum and one of Fast Company’s Most Creative People. He has spoken at the Museum of Modern Art, Sundance and Tribeca Film Festivals, Web Summit, MIT, and events around the globe. He co-founded the artist resource, The Creative Independent and the record label eMusic Selects. Yancey grew up in Clover Hollow, Virginia, and began his career as a music critic in New York City.

Molly Baz is a Senior Food Editor at Bon Appetit, where she develops recipes, writes for the magazine, and hosts instructional (and oftentimes silly) cooking videos on Youtube. She is writing her debut cookbook which will be published in March 2021 by Clarkson Potter. After many hours of deliberation, she has concluded that her last meal on earth would consist of: ice cold oysters on the half shelf, shrimp cocktail, caesar salad, crusty sourdough bread slathered in unsalted butter, a perfectly burnished roast chicken and a bottle of the nattiest natty wine. Basic? Maybe. Perfect? No doubt.

Arlan Hamilton built a venture capital fund from the ground up, while homeless. She is the Founder and Managing Partner of Backstage Capital, a fund that is dedicated to minimizing funding disparities in tech by investing in high-potential founders who are people of color, women, and/or LGBT. Started from scratch in 2015, Backstage has now raised more than $10 million and invested in more than 130 startup companies led by underestimated founders. In 2018, Arlan co-founded Backstage Studio which launched four accelerator programs for underestimated founders in Detroit, Los Angeles, Philadelphia, and London. In October, 2018, Arlan was the first black, non-celebrity, woman to be featured on the cover of Fast Company magazine.. Her new book, “It’s About Damn Time” came out this month on Penguin Random House’s business imprint, Currency.

Kelvin Beachum is a professional football player by occupation, but making a positive impact is his passion and purpose. On game day, he battles in the trenches along the offensive line. Off the field, you can find him and his wife, Jessica, battling hunger, and working to increase education (especially STEM) and opportunity for young people. In addition, Beachum is a professional speaker as well as an active investor, focusing mainly on the technology ecosystem. Kelvin and Jessica live in Arizona with their three children.

David Pogue was the New York Times weekly tech columnist from 2000 to 2013. After a five-year detour to Yahoo Finance, he’s back at the Times, writing the “Crowdwise” feature for the “Smarter Living” section. He’s a five-time Emmy winner for his stories on “CBS Sunday Morning,” and a host of 17 science specials on “NOVA” on PBS. David is one of the world’s best-selling “how-to” authors, with more than 100 titles and 3 million copies in print. They include seven books in the “For Dummies” series, his own “Pogue’s Basics” series of essential tips and shortcuts, and the “Missing Manual” series of computer books. David graduated summa cum laude from Yale in 1985 with distinction in music, and he spent 10 years conducting and arranging Broadway musicals in New York. He has won a Loeb Award for journalism and an honorary doctorate in music. He has been profiled on 48 Hours and 60 Minutes.

Matthew Kobach is the Head of Social Media for the New York Stock Exchange. He is an expert on the topic, and was one of the first people to pursue a PhD on how people use social media. By night, he hosts live conversations with other social media experts and uses an anthropological lens to engage with users and brands to better understand how people behave on social media.

Sarah Frier reports on social media companies for Bloomberg News out of San Francisco. Her award-winning features and breaking stories have earned her a reputation as an expert on how Facebook, Instagram, Snapchat, and Twitter make business decisions that affect their future and our society. Frier is a frequent contributor to Bloomberg Businessweek and Bloomberg Television. No Filter: The Inside Story of Instagram, her first book, came out in April 2020. 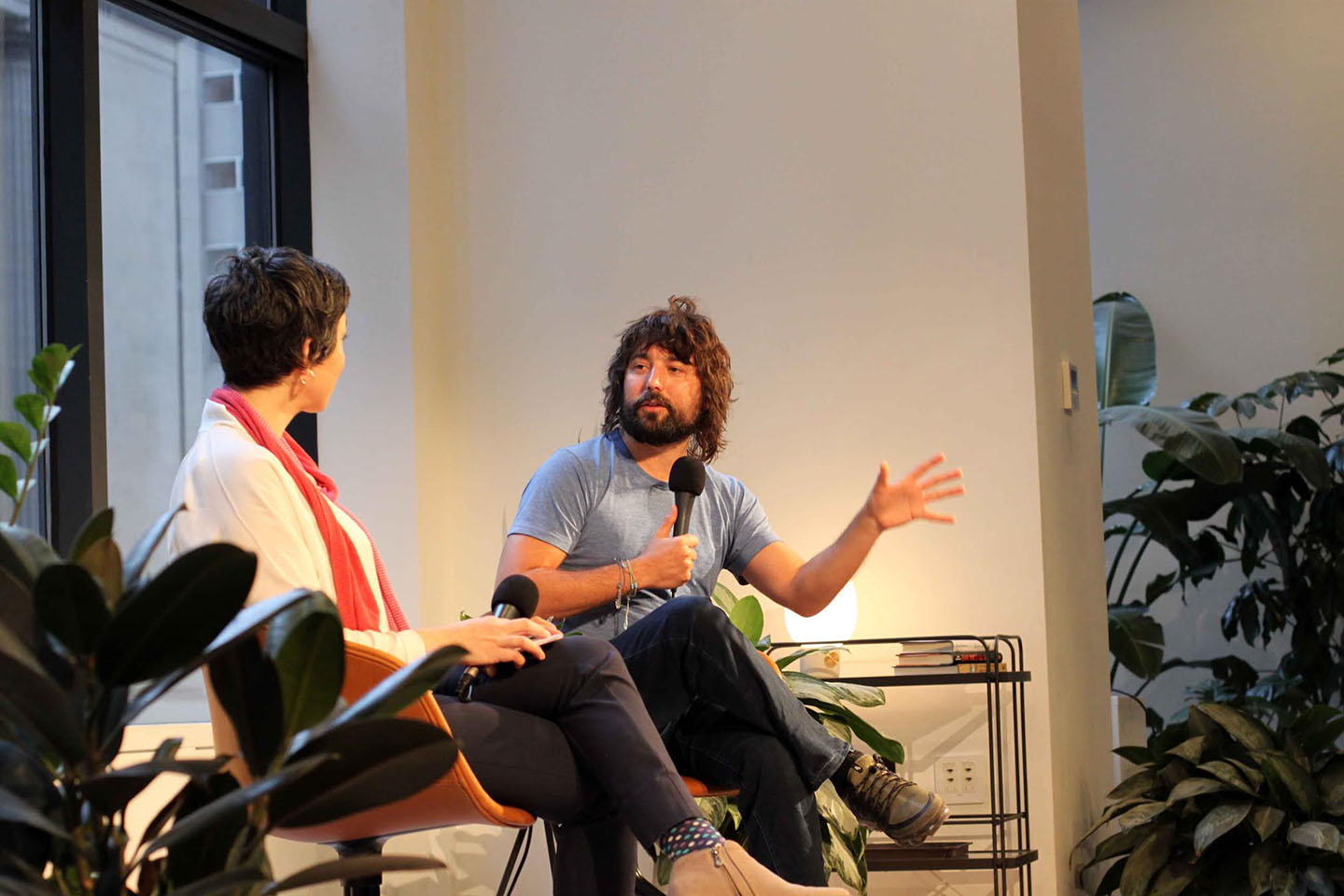